When the crime rate explodes, the Bill of Rights erodes. The reaction is reasonable. A police state with safe streets can provide more freedom and less initiation of force for many than gang ridden neighborhoods and hands off government. So if you want liberty, focus on criminal justice. 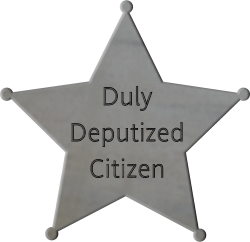 I address all libertarians here: civil and uncivil. Resorting to the courts and the Constitution is a slow retreat strategy. When I was a child I heard horror stories about how the KGB carried out middle of the night raids on Soviet citizens. Today, we do it here, in the supposed Land of the Free. Not only do we have the world’s highest prison population per capita, we still have a high murder rate. Many call for eroding the Bill of Rights yet further, especially the Second Amendment.

True, overall violent crime is down from its peak. But it is down under conditions of greatly enhanced police surveillance, a huge prison population, and helicopter parenting. Is the crime crisis over? Was the problem merely lead in gasoline?

I know not. What I do know is that many of today’s police state tactics are counterproductive. And there are measures other than policing which could reduce crime substantially. Get rid of the counterproductive measures and implement the other opportunities, and crime will drop so much that all will notice. Then, restoring the Bill of Rights will be a much easier sell.

And we can make black lives matter while we are at it.

The Basic Tools of Criminal Justice

We have six basic tools at our disposal. Over the course of this article collection we will look at how to best use each in a way that reduces crime with the least violation of civil liberties.

Restitution is the libertarian ideal. Restitution done right undoes the crime. If we could catch all criminals and if restitution for all crimes was possible, we could stop right here. No further punishments would be necessary. Alas, reality intervenes. Many crimes are hard to catch. And no amount of compensation can undo a murder or other serious harm.

By preventive deterrence I mean measures such as locks on doors, bars on windows, burglar alarms, guns in the home, concealed carry, vigilant police patrols, etc. These measures are useful, and I support the spirit of the Second Amendment. But I don’t want to have to pack a firearm just to safely walk around town. It is pleasant to live in a town where you can safely leave the door unlocked and let children roam around the neighborhood.

Punishment is obvious enough. The U.S. has gone over the top with punishment. And it is backfiring! In the articles to follow I will demonstrate how to get more bang from less punishment, and reduce the blowback.

Rehabilitation used to be all the rage. Then we discovered that it is difficult to determine who is “cured” of criminal tendencies and who is not. But we have given up too much. There are some observable metrics as I will demonstrate later. And at the very least we need to design our prisons so they don’t make people worse than when they went in!

Disposal is what we resort to when we give up on punishment and rehabilitation. Put ‘em away until they are too old to cause harm. This is the principle behind Three Strikes and You Are Out legislation, which often makes the State becomes more evil than the criminals. But I will admit a couple of important cases where disposal – temporary or permanent – can be the best measure, as long as it isn’t mixed with punishment for the entire duration:

Finally, we have social engineering. This is an ancient idea, which has gone under many names. Examples include mixing religion and state, public education, football, vice laws, censorship, forced segregation, forced integration, and more. The tool is frequently authoritarian. In this series we will look for freedom-friendly examples of social engineering. And yes, we have room for huge amounts of improvement! I dare say that most of the biggest opportunities for rapid crime reduction lie here.

Much More to Come

Bookmark this page and peek back from time to time, like the Facebook page, or subscribe to the blog feed to learn of new chapters in this series.